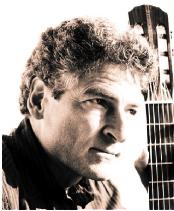 All tracks: music and lyrics written by IBBAI

Recorded and mixed by Hans P. Ströer at Studio Ströer,

Cover Paintings and Artwork by IBBAI

This album is dedicated to all people I love, family and friends and very specially to my beloved wife and lover Andrea.

I dedicate it too all those men and women who choose the difficult “upstreaming path of the river“.

They shall be filled with the kind of love and passion sung in the “Colour of may“: “And loving you my dear I hear how life is longing for itself. “

The world-famous Portuguese poet Fernando Pessoa wrote about love letters: They wouldn’t be love letters if they weren’t ridiculous.”

The same verdict could well apply to love songs. One knows many phrases in many languages, all of which express the same thoughts in similar words. Only the music and the voice in them give the song its unique sound.

This ultimately bears witness to the depth of lived experience that indwells the song. The music and the voice evoke the intensity of the experience as the essential substance in the song. The text may sound ridiculous, but not the substance of the song, which takes possession of the listener.

It should be regarded as nourishment for the soul: as bread and water for the thirsty soul. The process that leads to the creation of Ibbai’s songs is introduced by the sonic body of the word. The sung word contains the hidden melody, and vice versa. Ibbai tries to adapt to the soul’s mood, to the sound, and to the inner melody of the word.

To do so, he uses the entire diverse color of the Portuguese language. Sometimes he opens the vowels, using Portuguese from Brazil; other times he darkens and deepens the language in its European roots. This interplay generates a tension that Ibbai needs in order to more freely shape the fluent transition between the tone of his guitar and the sung word.

The tone then seeks its corresponding complementary word as a resonant sound. This is why Ibbai’s most important goal is to merge word and tone into a single sonic body. In this unity, it is not primarily important to listen to the message of the text, but to pay attention to the inner effect evoked by such a sound. As a vibrating and resonancegenerating instrument, sound and word act exert a very subtle effect on the soul of the listener. In this way, Ibbai can take his listeners with him on a journey into the unknown.